'Ou Bao one after another to participate in large-scale foreign exhibitions, opened the curtain of rapid development of foreign trade'.
Ou Bao took the lead through the ISO9002 quality management system certification.

Ou Bao filed a trademark application with the Trademark Office of the State Administration for Industry and Commerce in both English and Chinese.

Ou Bao set up in Wenzhou, China is one of the earliest producers of door closers.

Scan the QR code to read on your phone 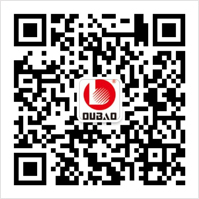